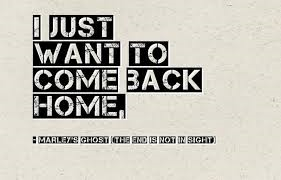 Karachi is going under lockdown. This is a much needed step and I wish it was taken atleast a week back. Our people despite the media outrage and government pleas are not understanding the gravity of the situation.

While I am stuck in another continent, experiencing the initial panic of Corona , I am worried about my family back home . My mom, in-laws , uncles and aunts who are in a very vulnerable age bracket. My heads screams at the stupidity of our nation who have been brazenly socializing in spite all the warnings, and then feeling helpless about the state of healthcare of our nation . How are we going to overcome it ? May Allah has mercy on us . That’s all I can say right now.

The worrying thing being stuck in Nigeria is what If I get it ? The health care here too is very fragile and being in an unknown land, the thought of getting treated here seems like being sent off to jail.

I am trying to trick my mind and think positive but I just needed to express how I am feeling right now. I guess I should watch some Friends and life will be good again . It always does. 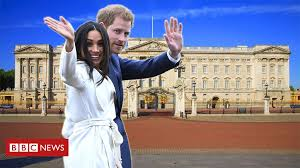 Not too long ago, news emerged of Harry and Meghan moving to Pakistan . Now we finally have more details coming forward. The family will be residing in Karachi. They have shortlisted posh Creek Vista as one of the options because of proximity to good schools and general feel of the place. Harry likes golf and Golf Club is 2 mins away. They don’t want the headache of electricity or gas load shedding , so Creek Vista seems like the perfect fit .

Though Archie is late for preschool registration but Preschool Plus has been very accommodating and have also assured the parents that Archie has a very good chance to get into Karachi Grammer school.

Harry has expressed interest to be part of Naya Pakistan and a position for Tourism Minister could be a possibility. With Pakistan being branded as top country to visit , this seems like a compelling strategy . Whereas, Meghan will be looking after Shaukat Khanam Karachi chapter.

The couple plans to spend summers in London or Canada because Karachi summers are horrible to to say the least and Meghan has no patience to get into the designer lawn frenzy which envelopes the country every summer.

Pakistan is very happy to host the royals . All the aunties have been hushed not to recommend whitening totkas/remedies to Meghan.

PS: If you haven’t had your coffee/Tea yet , this post is purely Satire .

On 30th Nov., Dua Mangi was kidnapped while walking on a street in Karachi, Pakistan. She was in an apparently safer, affluent areas and walking by a tea café which she and her friends frequently visited. Out of nowhere, a car came and 4 men tried to shove her in the vehicle. Her friend Haris tried who tried to protect her was shot in the neck and is in a critical condition.  As per police, this is a case of personal enmity and revenge. I am not going to elaborate more on who may be behind it but I am great deeply disturbed by how people reacted to this horrendous crime.

So while there was a national outrage and nationwide protest, there were some internet trolls who did not miss an opportunity to victim shame.  Some of the comments were directed towards her attire. She was wearing jeans, she ASKED for it, Stepping out in the evening with a BOY!!!  She had it coming!  Character assassination and what not!

The same people who would sell their kidneys to live in the westernized society could not stop their vile comments about how a girl could actually walk on a road late evening with a boy wearing a western outfit. How dare a girl enjoy this independence aka moral corruption?

We live in society that has two extremes.  It’s the Islamic way or the highway. There is no in between. and If a person who tends to choose a different approach is condemned and justified to be attacked.

After almost a week, Dua has returned home today. And I hope people are kind and sympathetic to her. She has suffered enough already. Only God knows what she has been through and please don’t ask her about it if you even have an iota of humanity in you. Do not make her relive the trauma unless she is ready to share.

I hope Haris recovers soon and it gives your conscious some peace. Dear Dua, please leave this country soon. Our people are so caught up with internalized misogyny, they will not stop blaming you for what happened.

I wish we lived in a society which was less judgmental and hypocritical. By victim shaming, we are only justifying the acts of the criminal and giving them a free pass. I hope I get to see the day when our society learns to accept each other’s differences without pointing fingers at them. Be the difference be faith or a choice of attire. If ONLY we can live and let live.